Q. Can I set the Draft Analyzer to automatically take my picks for me?

a. Draft Analyzer does not have the ability to draft player for the user. DA gives suggestions and a plan to follow, however any selection must be made by the user themselves. Most site draft rooms have the ability to queue players, but that is the closest a user can get to a draft following the Draft Plan.

Q. Where do I make my picks at?

a. The user will make their picks in the draft room for their respective site. Off-line drafts give the opportunity to manually select players through Draft Analyzer. If the league’s draft is synced, DA does not support the ability to draft with the App. However, picks made will be instantly updated to the App, which gives the user the ability to keep up with the draft.

a. It is the same thing as VAR (Value Above Replacement), just a different acronym.This is a tool emphasizing the points a user can gain by drafting a certain position rather than waiting to pick a player from that same position via waiver wire.

Q. Will Draft Analyzer sync draft trades that happen during the draft?

a. Yes, DA will sync live trades. Any site using the chrome ext for draft sync imports the Pick#, TeamID and PlayerID for every pick. So if the Team ID changes in the draft room due to an in-draft trade, the draft sync will import the new team that has that pick. Future draft picks traded will not be displayed until a player has been selected for that pick.

Q. Signed up, credit card was charged, however when i goto login it keeps telling me my username/password is incorrect.  I click on reset password and enter email and nothing happens.

a. We can resend the confirmation email with your password. You can also send your email to support@draftanalyzer.com and we will give you your password.

Q. Is there a way that I can import a league that has already drafted? DA was able to locate the league but the drafted players are not showing up. The draft is complete.

a. Yes. You can always import/sync with league settings. However, draft results are typically cleared from draft rooms shortly after the draft is completed.  It depends on the site, but in general the data is gone after the draft is over.  The roster sync in the In-season Analyzer will import all players after the draft is  completed even if they weren't imported during the draft

Q. What devices does the Draft Analyzer Import/Sync feature work with?

a. Draft Analyzer works on any computer with internet access by using the Google Chrome browser (only browser that supports the Extension to sync).

Q. How do you purchase Add-ons?

a. Go to the home page for Draft Analyzer and click on Buy below the Dashboard tab. The user will now be able to select any projection source available for purchase. Once all the desired sources are selected, the user can now checkout at the bottom of the page.

Q. How frequently are the Projections updated?

a. Projections are updated daily within the Draft Analyzer site. ADP for each site is updated every few days and are adjusted accordingly when the information is given to us. We do have emergency ADP and Projection updates readily available for breaking news such as injuries, suspensions, etc.

Q. Will the Draft Analyzer work for my Offline Draft?

a. Draft Analyzer gives the ability for users to complete offline ways through both the web and a desktop version. Both ways can import league settings and allow the user to draft players manually within any version of DA.

Q. What is the difference between each version of the Draft Analyzer?

a. All versions have the same the features but with different layouts. We think the newest Draft Analyzer (Hero Design) is the best of the three, but we still support all versions, so you get to make that decision yourself.

Q. Where can I see information on Player Injuries and Breaking News?

a. Users can access any information on each individual player by clicking on a player and viewing his information through the Player Focus tab.

a. Draft Analyzer supports most Fantasy Football league types, including all of the above. If there is a league, you believe we should add, please contact us with your suggestions!

Q. If I have a single league license would that prevent me from practicing mock drafts on that site etc? Or would I just mock draft using the DA once their league is imported over?

a. You can still practice mock drafts. You can only have one league active at a time though, so i would recommend syncing with the mock drafts as many times as desired (delete league after each mock and then sync another mock) and when they are ready then sync with their live league. 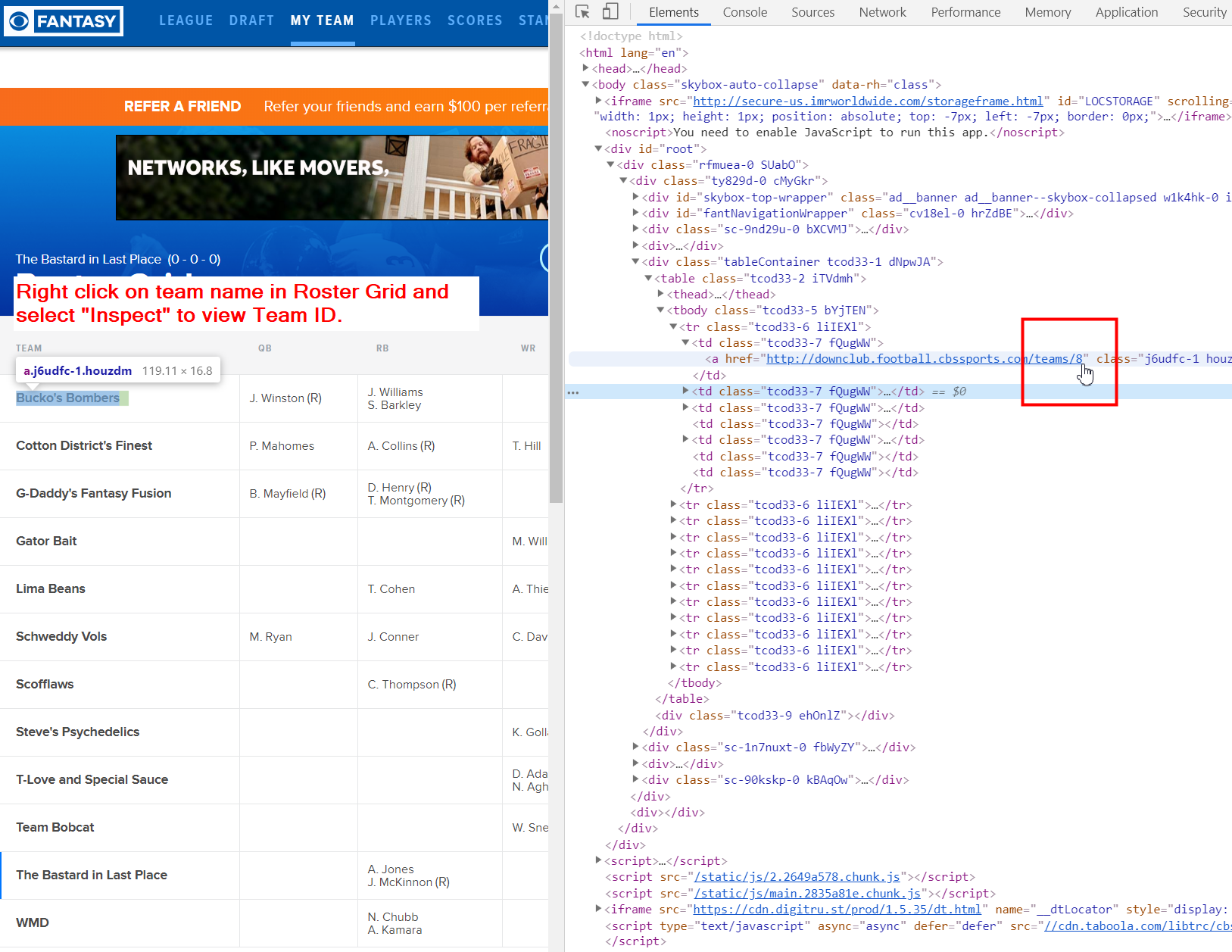